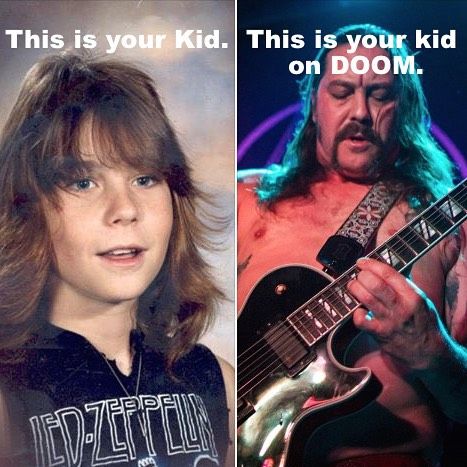 Here are two stoner...rock...blues...doom albums that have been spun far too often in the house Breikšs. Me and my nearly 3 year old son dig them quite a lot, head-bang and boot-tap are mandatory while listening! Crank it up ladies and gentlemen and let the doom flow through you! Also, according to some of the latest and the funniest insults thrown at me, HAIL SATAN!

I think this record isn't lacking anything.


One of the best vocals I've heard since ever, period. Don't forget to check out the Black Woman as well.

P.S. Just in case you did not know, Monolord are dropping their newest album on September 29, so be sure to get your copy at RidingEasy Records. The three songs they've put out until now are worth the money.
Author: Regnārs Breikšs Published at: 14:06:00 No comments:

Death metal that does not suffer the riff deficiency syndrome 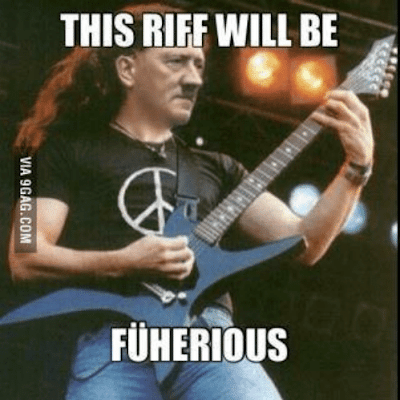 By sheer chance I discovered Gatecreeper (read "death metal that does not suffer the riff deficiency syndrome"). I was listening to a Nails live show on Youtube in the background the other day while I was doing some work, then after a short while, when the video ended, it switched to a random interview with Todd Jones of Nails and some other dude from a then-unknown band for me. I was focused on the task at hand deeply, and I didn't really bother changing the video to something else, because it perfectly filled the background of my tiresome activity. During the interview the dude made some pretty darn good points regarding death metal and grindcore, so I decided to check out who the fuck was this mystery man. As soon as I saw him wearing a Bolt Thrower sweatshirt I developed an instant emotional connection with the bastard. Ended up checking out his band's latest release, and it turned out to be gnarly. Filled with tasty riffs, angstful chuggery, crusty tones, doom and thrash elements, some melodic bits here and there, and an overall mix that just works for me (probably because it was done by Kurt Ballou whom I hold in high regard). Now if you'll excuse me I have a t-shirt to buy!

P.S. Check out this track as well!