October is knock, knock, knocking on your coffin's door. Don't just lay there! Let it in! 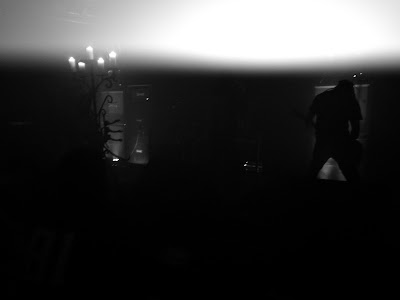 October was quite generous anti-music wise:


So why is it called "anti-music"? Well, it does not sound very musical, my friend.

I yet have to meet a man that does not love Kyuss. They gave the gift of desert rock to the world, yet it seems that no other band in the genre that I know of has surpassed them in any way. The grooves, the drive and the tones they possessed were mind-bending. That said, fuck Truckfighters (a lot of Kyuss lovers seem to be all over them). Those guys appeared to be the most arrogant, pretentious and annoying bastards I've ever seen playing a live show - a bunch of jumping douchebags that apparently can play only one variation of the same catchy riff. Seriously, fuck them with a stick! Ok, enough ranting! Who's talking? Oh, it's me. Anyways, here are a few desert rock records that are the SHIT! I hope you'll enjoy them as much as I did.

The production makes this album sound ape-shit crazy. Loved every second of it. The vocals seem a bit weird at moments, but hey, the dudes are Italian so cut them some slack.

Probably one of the best artworks for an album cover on this one. What does it sound like? Well, like flying a jet through the desert so close to the ground that you barely miss the marvelous cacti, of course.

Valley Of The Sun - The Sayings Of The Seers

Too bad these guys turned sour after this release...